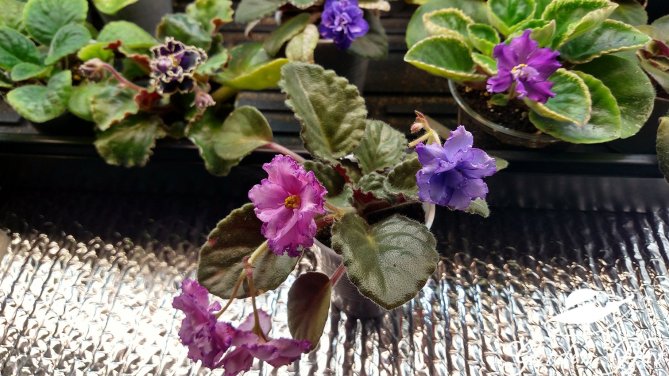 This mutation in an African Violet Sport is a change that exhibits physical characteristics indicative of the genetic change in that variety. It may be a sometimes dramatic color change of the flower or leaves. Sometimes even a change from soft and fuzzy to stiff. Sometimes seen as brittle stems and leaves seen in the older DuPont, Amazon and Supreme Series of African Violets circa 1950s. It’s said today, when propagating by leaf, about one in every hundred leaves will produce a mutation.

You may have seen Chimera African violets. Chimera African Violets are, too, a mutation.  The term “chimera” (chi·me·ra) is used to describe a plant that differs genetically from that which is typical for its species. In African violets, chimeras often exhibit striped or pinwheel color patterns in the flowers and unfortunately, cannot be reproduced by leaf cuttings. 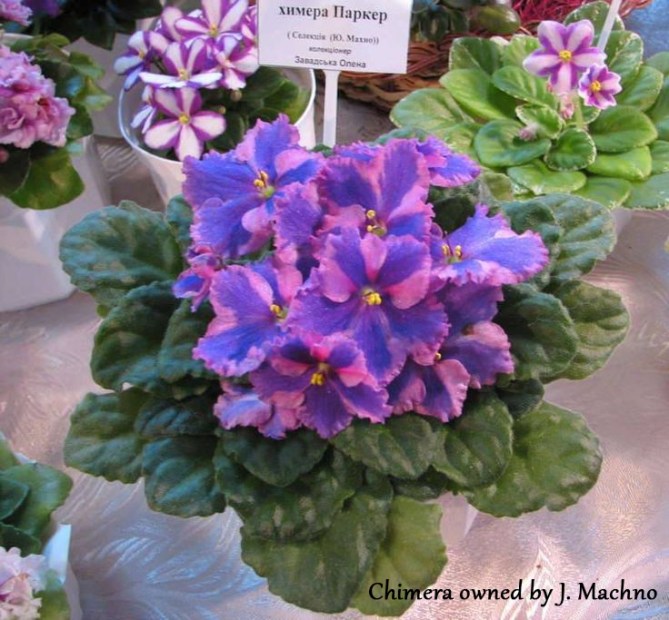 I have the fortune of having an African Violet sport in my collection from a leaf I put down from Ozio. It has the pink, double blossoms with a deeper purple-pink edge on one side of the plant and on the other is a double purple with a slightly darker edge on the petals. It’s in it’s first bloom and I’m hoping it keeps that diversity on the plant as it grows. Next year, I might take a leaf from it and see if it throws the same or reverts.

Originally, these were basically “genetically modified” plants where a poisonous extract called Colchicine was derived from a wild crocus was used as a solution applied to a cut leaf.  Plants produced carried twice the number or chromosomes resulting in mutations. Sports can also happen spontaneously as the result of a culture break such as extreme temperatures, drought, or pest infestation.

African Violet sports can be “created” as in the earlier attempts of genetic modification with different chemicals. As mentioned before, there’s Colchicine, also Gibberellic Acid which is a very potent hormone whose natural occurrence in plants controls their development. It is widely used agriculturally and is found in many plant booster formulas available commercially. Also, some prescription medications have been used such as birth control pills, hair-regrowth medications and even fertility hormones in the hopes of inducing mutations, but to date there’s been no word on how these experiments have come out. 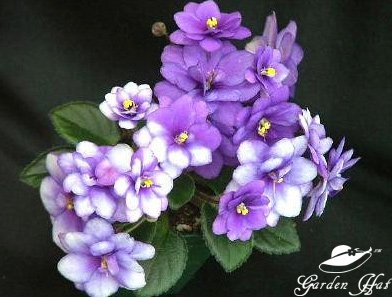 Mutations, or “sports” are super interesting…you never know FOR SURE what you might get when you put down an African Violet leaf. You might get 5 or 6 of the same plant. …then you might get that one that turns out different which adds to the enjoyment of keeping these wonderful house plants!