The best method to pot your christmas cacti to ensure they thrive.

Back in June of last year, I had a number of Christmas Cacti (Shlumbergera) segments to strike. I had well over 20 segments that I potted up in the 2 ¼ inch Dixie cups. When they’d put out 2 or 3 good segments of their own, I potted many of them on into 4 inch pots, but 8 of them I decided to try in 1 liter pop bottle sips – just to see how they would do under those conditions.

From October to May the christmas cacti grew in my light garden, grew AND bloomed, but the plants themselves were not as branched and robust as their siblings that were in the 4 inch pots, so last week I decided the end the “experiment” and move them on into sub-irrigated (“self-watering”) pots.

I concluded that not EVERYTHING thrives in a pop-bottle sip even though I’ve had tremendous success with other things planted in them, from lettuce to some of the “crankier” calatheas. I guess, in spite of Christmas Cacti originally being from the coastal mountains of south-eastern Brazil where the plants grow on trees or rocks in habitats which are generally shady with high humidity, the constant moisture provided by the sips is a little too much – though I often withheld watering to let them dry out a bit. Nonetheless, they just didn’t do as well and it was time to move them on.

In the pics, you can see what they were in originally and then the grand move to a 6 inch Bloem pot. I’ve used these pots over the last few years, both in the larger size as well as these and I like the quality – they’re sturdy with rolled rims for easy carrying of the large ones and I love the port on the side that allows for easy filling of the reservoir that holds a decent amount of water for pot size. If you can get them, I highly recommend it. 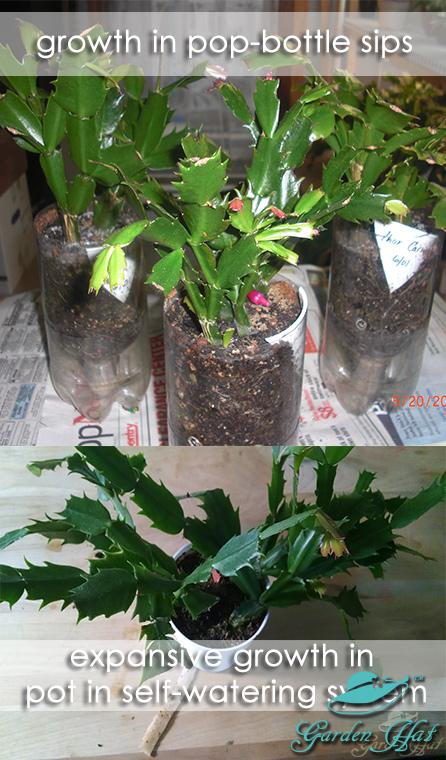 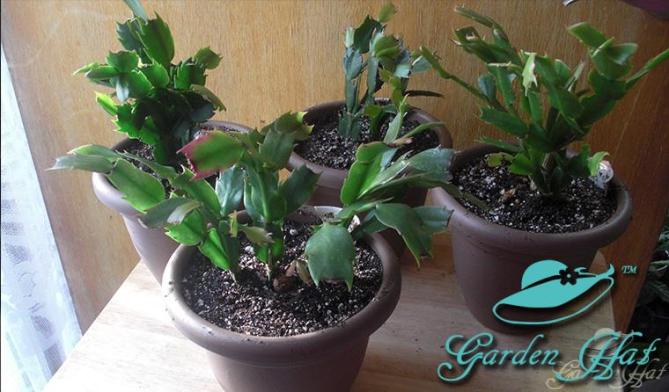 I will be interested to see how well the cacti do in those over the summer. They will be outside in a shady spot under a tree and I hope to see increased growth as these are my “mother plants” that I intend on using for future babies.

I’ll be posting updates throughout the summer!