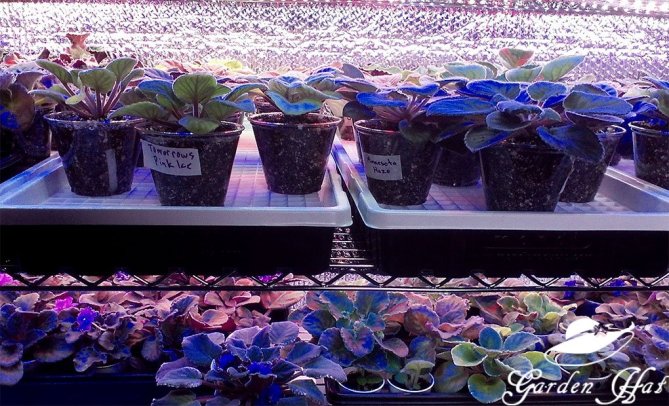 My journey into LEDs has begun!

Using LEDs with African Violets and other indoor plants is entirely possible. Aside from the power consumption savings, LEDs operate with almost no heat. African Violets can be placed practically touching the strips with NO burned leaves and NO overheating of the plant area! As what was once happening with my T5 fluorescent lights.

I went with the idea of LEDs for a number of reasons. 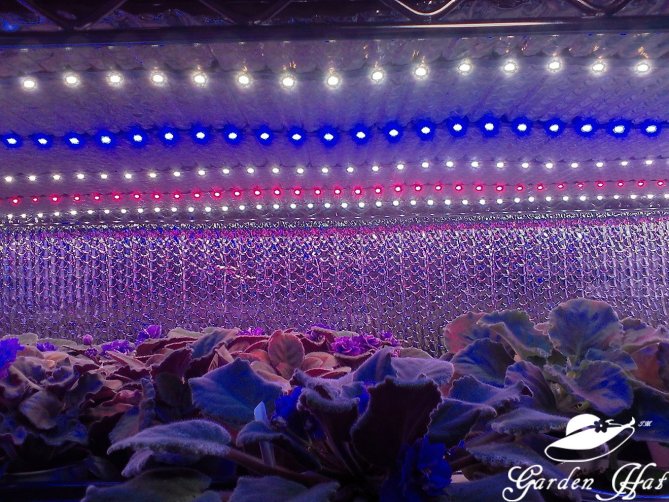 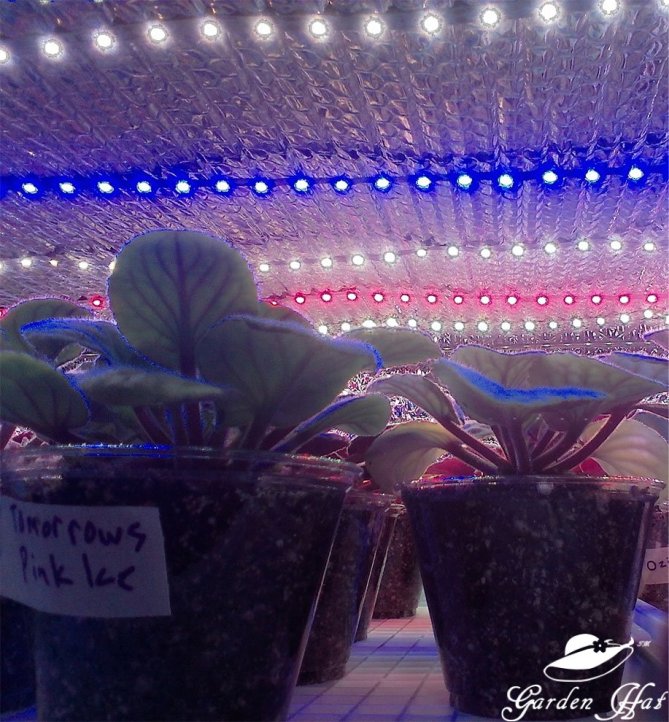 Heat Output allows for better spacing. With LEDs, you can maximize the space available for shelving by placing them closer together without risk of burning the African Violet. Using LEDs means a shelf spacing of around 10 inches. For me that means 5 shelves of growing space! I’ve read of others getting up to 10 shelves on one metal shelf unit 72 inches tall!

A 4 foot fluorescent shop light just doesn’t fit a 4 foot shelf. This makes it necessary to hang the blasted thing and thereby lose shelf space with the overhang.

Not to mention, fluorescent tubes need to be 4 to 6 inches above the tops of the African violet plants. With fluorescent tubes, African Violets with a wick and in trays require shelf spacing around 12 to 14 inches! 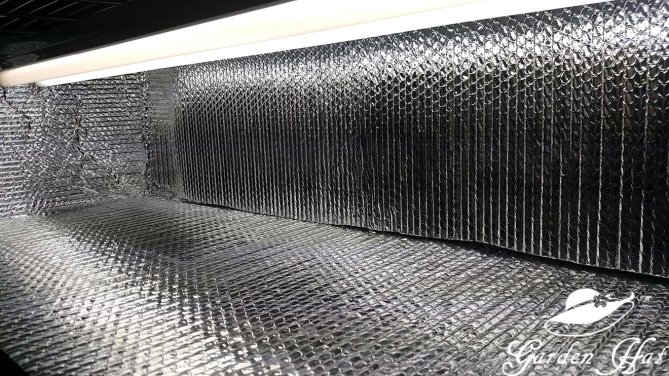 One of my 44 inch strips uses 1.5 watts per foot, or +/- 5.7 watts. There are 5 strips per shelf = roughly 28.5 watts. No ballast needed, no ballast hum or buzz and a per shelf saving maybe 80 watts depending of the types of fluorescent tubes I was using!  For example, I had three shelves lit with shop lights, one was with 55 watt T5s x 2 tubes = 110 watts right there. No telling how much juice the ballast was sucking. I also had two standard T8 shop lights, 4 tubes 32 watts each. There’s a sticker on the fixture itself that says to get the total, multiply the total tube wattage by 2.5. That means, 2×32 watt tubes x 2.5 = 160 watts PER FIXTURE! Yeah, I had to check my math on that one, too, but see the pic.

I was shocked once I realized by little lighted shelf unit was sucking up close to 500 watts!!!  Seriously??!!

LED strips have reduced my usage to maybe 57 watts for the two shelves! When I’m using all 5 shelves, around 143 watts are being used. WAY DIFFERENT! 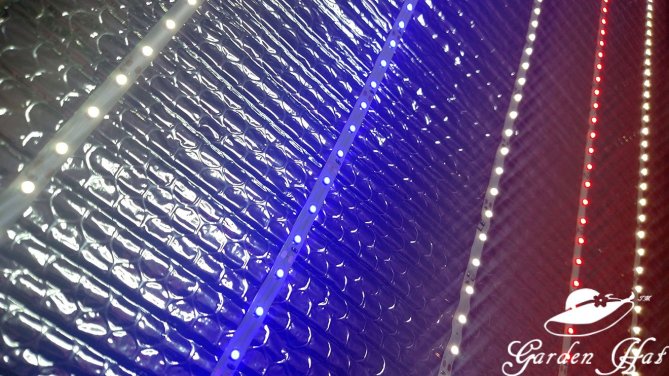 For my shelves with African Violets, I used double reflective insulation on the back wall and side. Due to the shelf being against a window, I wanted to protect the plants against the air coming in the windows in the winter. Now, it’s just for reflective purposes only and ONLY because I had a full roll of the stuff! It does though, make a good base for setting up the LED strips on. With the LEDs’ adhesive tape backing, they stick to the insulation very well. This makes it easy to apply to the underneath of the shelves. All you need is a hot glue gun and the insulation can be glued in place! Hot glue!

I have only two other shop lights being utilized for the African violets and both will be LEDs when I finish those shelves. I’m cutting my energy usage from about 825 watts for all the lighted shelves I had to 200 watts! That was with 3 shop lights on that one shelving unit and the other 2 in the living room. Plus, the COLOR of the light is FAR EASIER on the eyes than those super bright T5s!  Face it folks, unless you’re growing tomato plants (or some other type of “bud bearing” plant), you don’t need super bright lights!

African violets need GOOD lighting…not BLINDING! I have 3 daylight 6000K strips per shelf and one red and one blue and it’s very pleasing on the eye.

Time will tell on the growth rate, but so far, the African violets are growing just fine. I’ll be updating as I go along, hopefully all will do well. Including my electricity bill!!